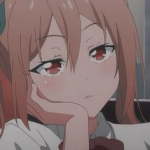 If you expect me to be active, you're going to be one disappointed-

[Iro/Hayate] We are
[+everyone] 7thMelody!
Please enjoy our harmonic convergence~

Retrieved from "https://pripara-idol-academy.fandom.com/wiki/User:OmegaPri?oldid=377400"
Community content is available under CC-BY-SA unless otherwise noted.